Music is your passion. And you are certainly not alone; one in five people play or create music in Australia, while 40% nominate making music their number one passion. A passion that supports a vibrant industry, affecting every aspect of society and culture and making Australia part of the top 10 largest recording music markets globally.

However, many parts of the music industry are often misunderstood and sometimes overlooked. Beyond the usual artists and fans, there is a complex network of businesses and people that produce and distribute music. A strong community that often feels confined. But where do you start if you want to turn your passion for music into a profession? How do you bring your music production skills to the next level? What does it take to build a successful career in music? The solution is access to the industry. And because we believe networking is essential and our community has the willingness and potential to jumpstart your musical goals, we give access to our community of Australian music industry professionals in a way you’ve never had before.

The Industry Access Initiative is a series of seminars, masterclasses and workshop sessions that give you direct access to key members of the Abbey Road Institute & Studios 301 community. Featuring prominent members of both the Australian and International Music Community, The Industry Access initiative will bring you closer to the engineers, producers, music makers, artists and key people behind some of the biggest names in our industry.

Industry Access is part of an Abbey Road Institute exclusive initiative to open studio doors and professional opportunities to our students and like-minded people for a solid and authentic industry experience. Industry Access is a learning community and a gateway to the world of music production. Apart from highlighting the fantastic talent we have in our community, the guest lectures continually inspire attendees with examples of unique career journeys and interesting anecdotes.

Get access to our community and start networking with like-minded people.

Networking in the Music Industry

Networking is vital in the music industry; it’s one of the most important things you can do to further your career. So go out and meet the right people who can help you make great music and bring music opportunities. Surround yourself with like-minded people who inspire you, challenge you and push your limits.

However, networking often feels uncomfortable or has a bad reputation because people are trying to sell you something or you think you have to sell in return. What those people do is sell and mistake it for networking. Do not confuse direct selling with networking. So why go to a networking meeting like Industry Access? You go because it is more about farming than it is about hunting.

Networking is about adding value to someone and building a relationship. It’s about making connections and supporting one another.

To make your networking efforts work, you need to embrace a “relationship networking” mentality. We simply need relationships to grow and open doors. That’s the power of community.

You might ask yourself: “how do I network in the music industry?”

Here are ten things to remember when attending networking events:

Find a community, immerse yourself – make yourself a familiar face!​

Because visibility leads to credibility, which, with time and effort, leads to fruitful collaborations.

“We all love music; that’s why we are here.” 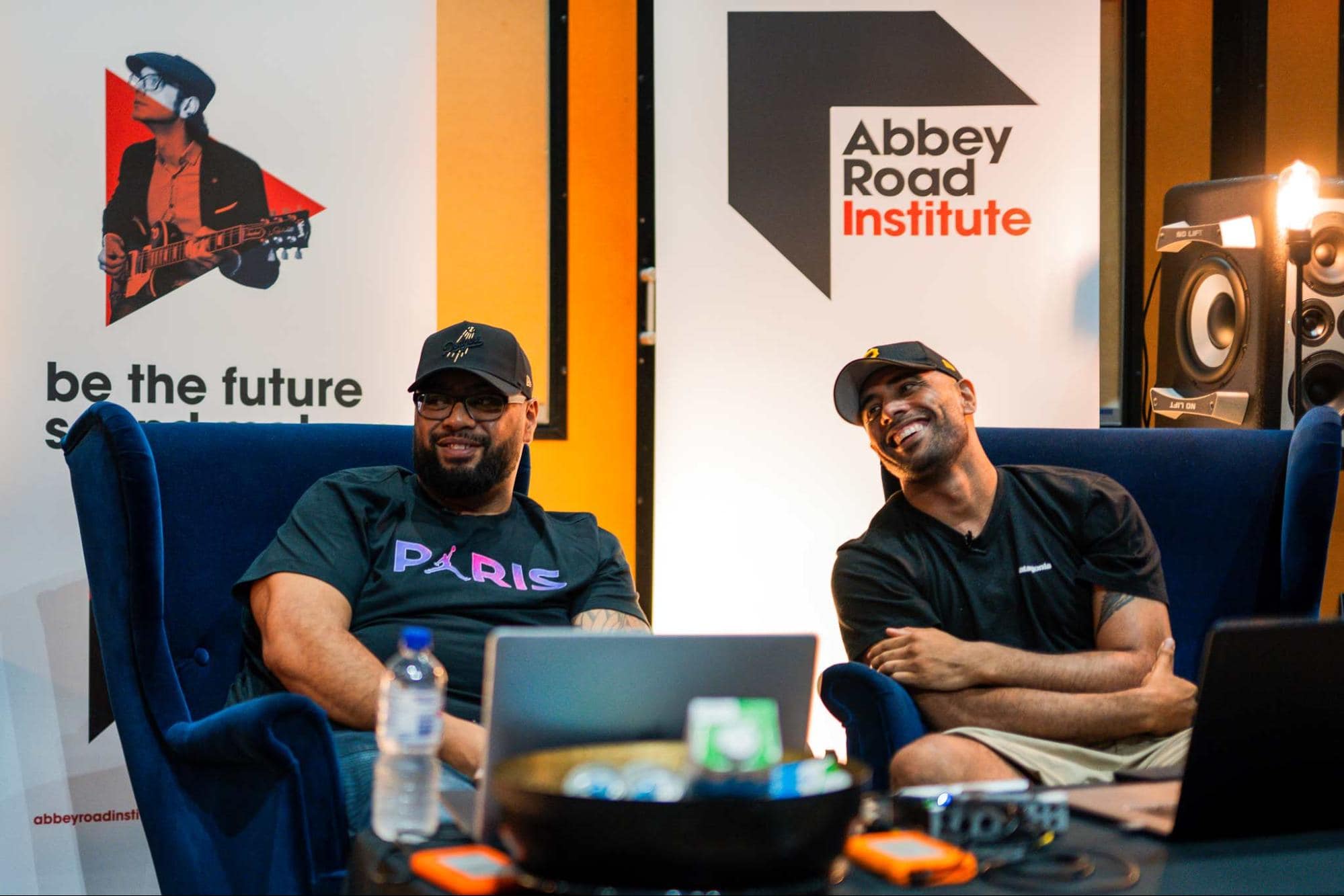 It was an intimate sit down at Studios 301 with the producers. They talked through some of their recent productions, including how they navigated through the music industry and their approach to writing and producing records.

Some of the things they talked about during this session:

Furthermore, the producers spoke about their workflow, how to deal with critical feedback, digital vs analog gear, their lessons learnt, the importance of good communication, why deadlines are a blessing while taking the audience through a real-time demonstration of a work in progress. 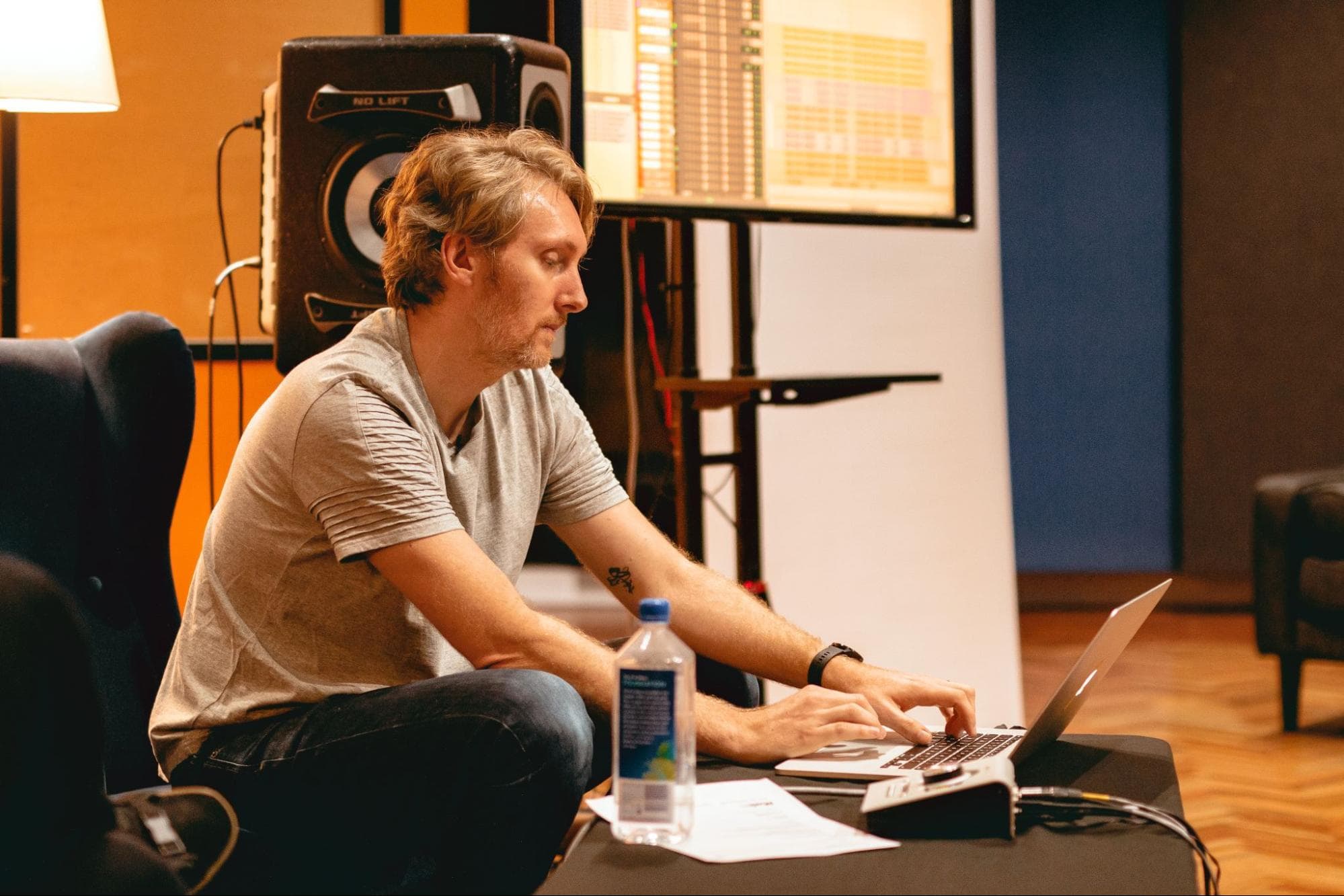 Some of the interesting perspectives and things shared during this session: 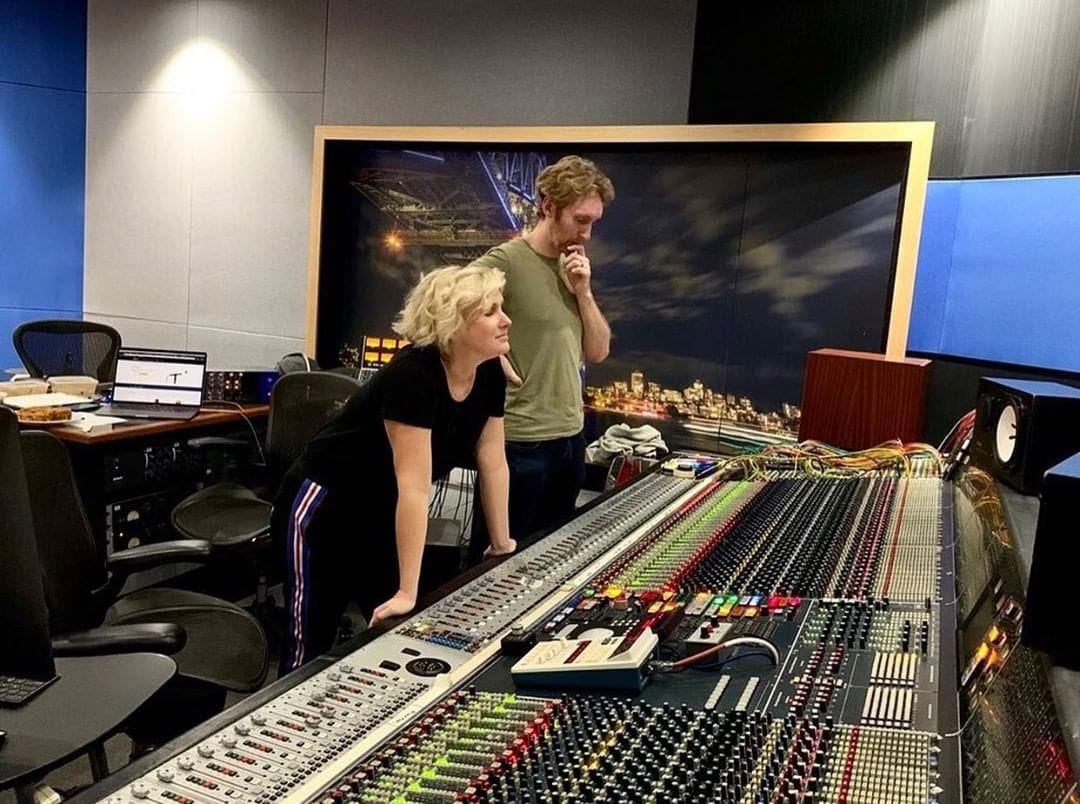 A relaxed conversation session as he took the audience through his approach on vocal production, mixing and working with some of the world’s most prominent recording artists. 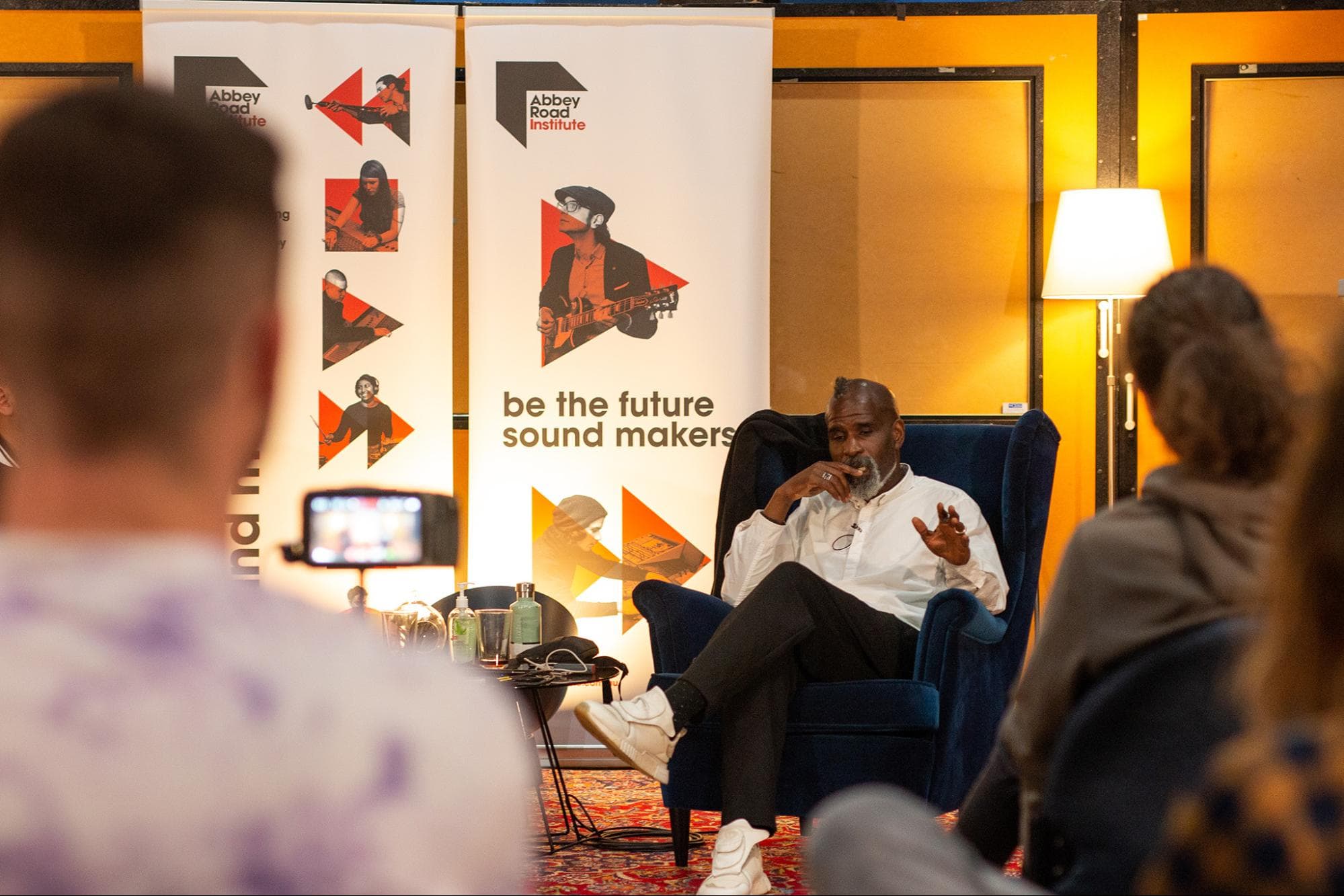 With a career spanning over 25 years, Steve has fused soul and future-tronic beats in collaboration with artists including rapper Mos Def, Thundercat, the late great Leon Ware, iconic producer J.Dilla, and Mark Pritchard as Africa Hitech. Throughout Steve’s career he has released music on some of the most forward-thinking labels across the musical spectrum – Island Universal, Warp, !K7, Eglo, Ninjatune, Exit Records, and now his imprint, SPA.

You may also be familiar with Steve Spacek from being a global lecturer for the Red Bull Music Academy initiative. For many years now he has been at the forefront of creating via iOS technologies and his adaptation of the songwriting process to a mobile rig with emergent music technologies.

Some of the things they talked about during this session: 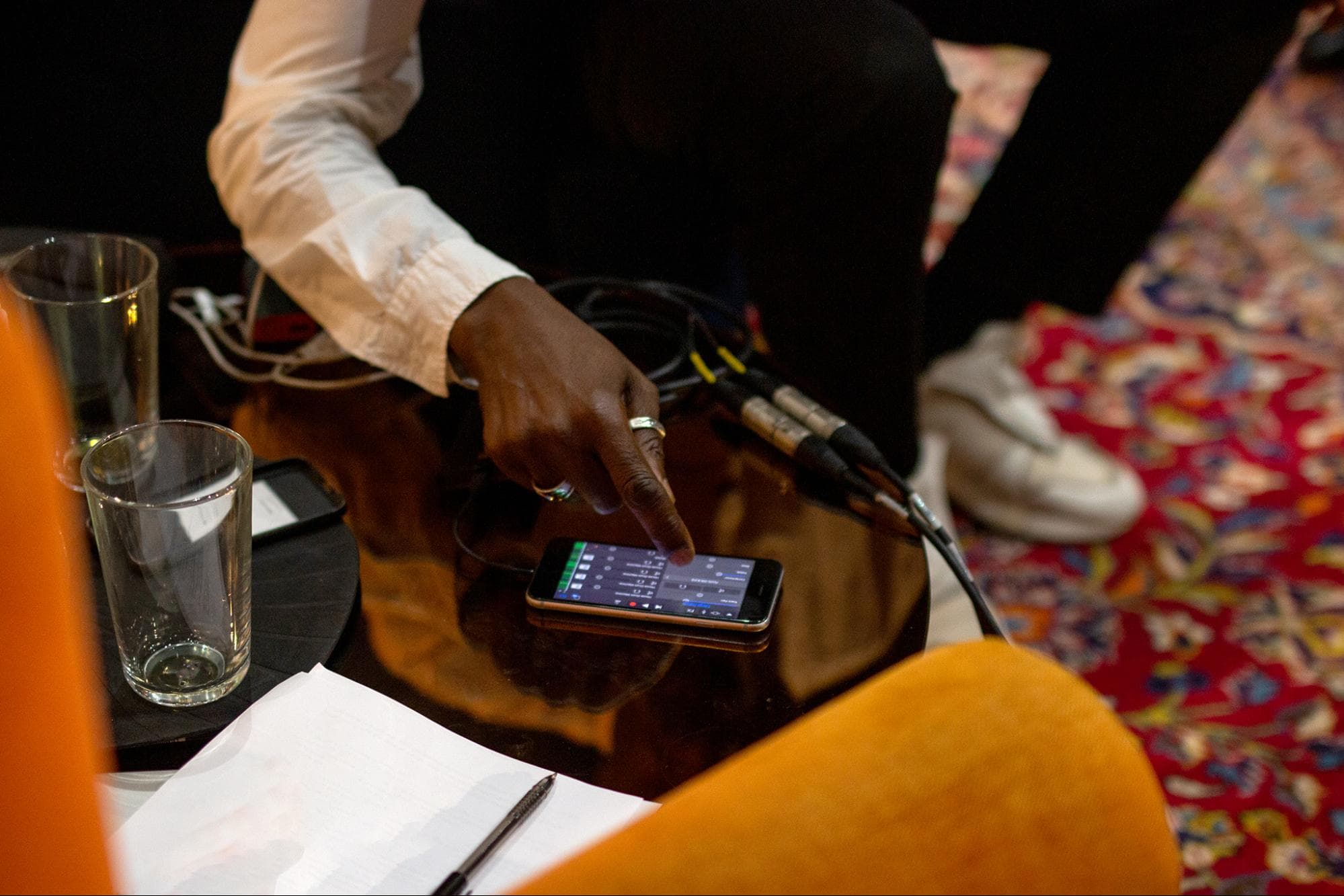 From education to rehearsal to recording to performance, a thriving and vibrant music scene needs various quality spaces and places. In fact, it needs a variety of homes. Where the community is supported, and artists, producers and sound engineers can get started, develop their talent and shoot for the stars.

The partnership between Abbey Road Institute and Studios 301 brings two major music brands and their communities together. Studios 301, being the longest-running professional recording studio in Australia, has a long history and extensive list of internationally recognised artists, producers and music professionals as part of their community. The 2018 relocation and revamp makes it the largest commercial recording studio in the Southern Hemisphere, attracting both established and upcoming artists and producers from around the globe. Combined with our solid program, the highest level of music production education conceived at Abbey Road Studios in London, it is the central hub of the music industry in Australia and the ideal training ground for the next generation of sound engineers and music producers. Students at our Institute’s Sydney campus will learn from a team of Studios 301 engineers, including Leon Zervos, Simon Cohen, Steve Smart and Guy Gray. Furthermore, they have access to masterclasses and workshops from various guest lecturers through Studios 301 and the Abbey Road Institute global network.

“It is a collaboration between two of the biggest music brands in the world”, says Ron Haryanto, General Manager of Studios 301 and CEO & Campus Manager at Abbey Road Institute Sydney. “And you now have an education facility that’s based out of and collaborating directly with a commercial recording facility. So it’d be like studying to be a chef at a five-star Michelin restaurant.”

The objective is to give our students access to the best facilities, labs and equipment, in a real-world working environment and direct access to the community. In turn, when our students become successful in their careers in music production and sound engineering, the community benefits as well, making it a typical win-win situation. And through the Industry Access events, you can have a share of this too; Work with us, and Industry Access can work for you! 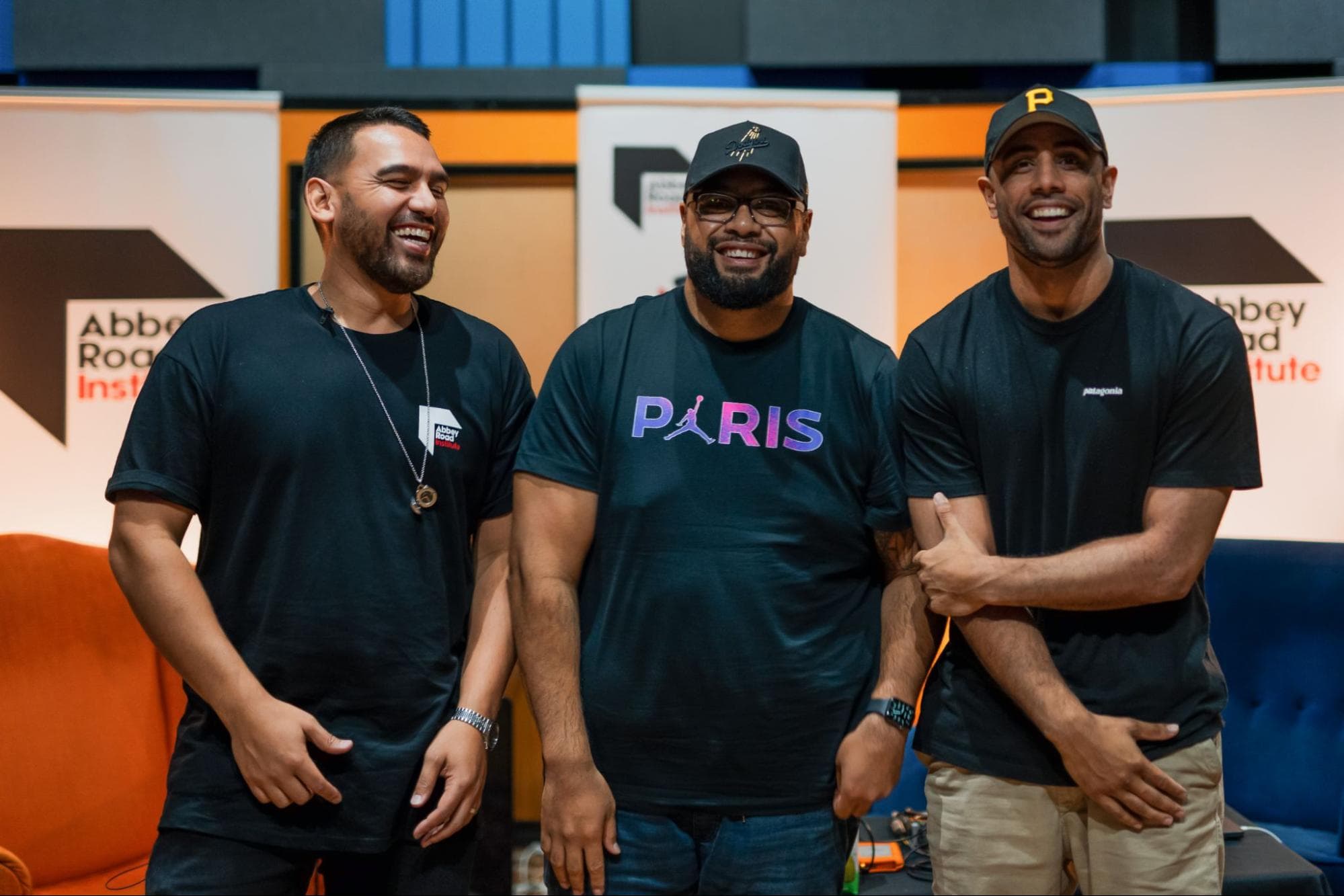 The Industry Access program sets Abbey Road Institute apart from other music education providers in Australia. Our campus, located inside Studios 301, Australia’s most iconic and largest commercial recording studio, hosts a community that students and alumni share. It is the REAL Australian music industry and home to Australia’s best engineers, producers, artists, and music makers.

Are you ready for our next event?

Follow us on social media or register for our newsletter to receive all the information about our upcoming Industry Access and other relevant events.

Don’t hesitate to contact us if you have any further questions or make an appointment for a personal tour around our extensive facilities. We look forward to welcoming you to Abbey Road Institute Sydney!