Students who enrol at our new Sydney campus have access to facilities which are unlike any other educational institution in Australia.

A look inside our Studio Book a Call

Enrol at our music production school in Sydney and you’ll be sharing access to a site alongside the well-established business and high-profile clients within the commercial studios of Studios 301.

The studio has been home to recordings by not only the biggest Australian artists but some of the biggest artists in the world.

Most recently from homegrown acts like Cold Chisel, Delta Goodrem, The Avalanches, Amy Shark and Tones & I to internationals such as Coldplay, Lizzo, Katy Perry, Zedd and Elton John.

The Institute’s location alongside the studio facility ensures that you’ll build an enviable network of professional contacts including staff, visiting industry experts and other talented students who have a passion for music. There are never-ending possibilities that can come out of the relationships you create and build during your time studying with us.

The campus is only a short walk from the studios and features a bespoke classroom and workstations. In addition, students have access to regular recording sessions and masterclasses in Studios 301’s commercial studios.

Our new home at Studios 301 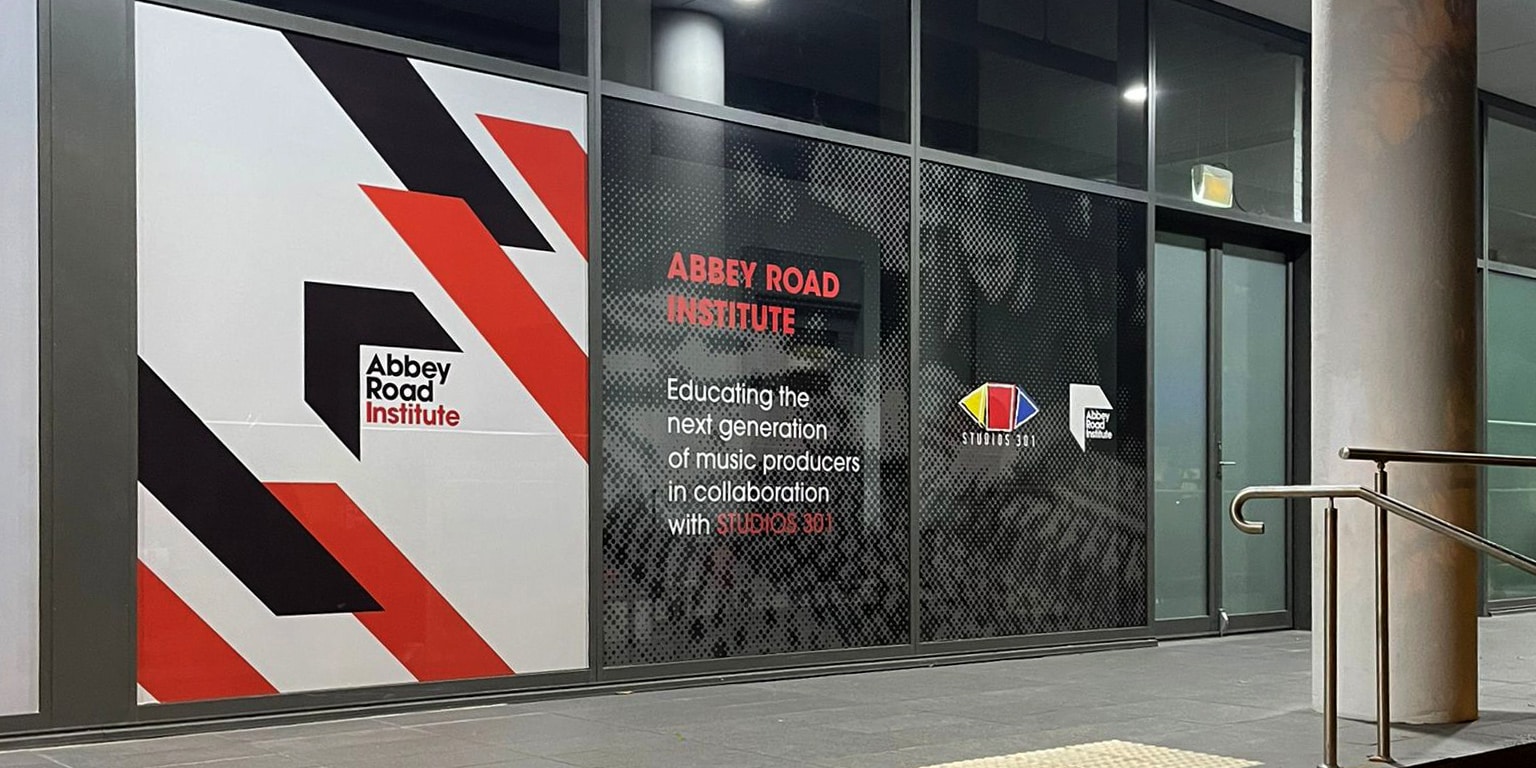 Abbey Road Institute Sydney’s campus is a purpose-built facility where students have access to a large classroom for practical and theory lectures. Each student in the classroom has access to a powerful Apple iMac workstation, an audio interface, MIDI controller and headphones. Each workstation has a wide range of software and plugins installed.

Every student has access to Universal Audio interfaces and plugins, as well as plugins from other leading manufacturers including Slate Digital, McDSP, Waves, Izotope, Native Instruments and more. 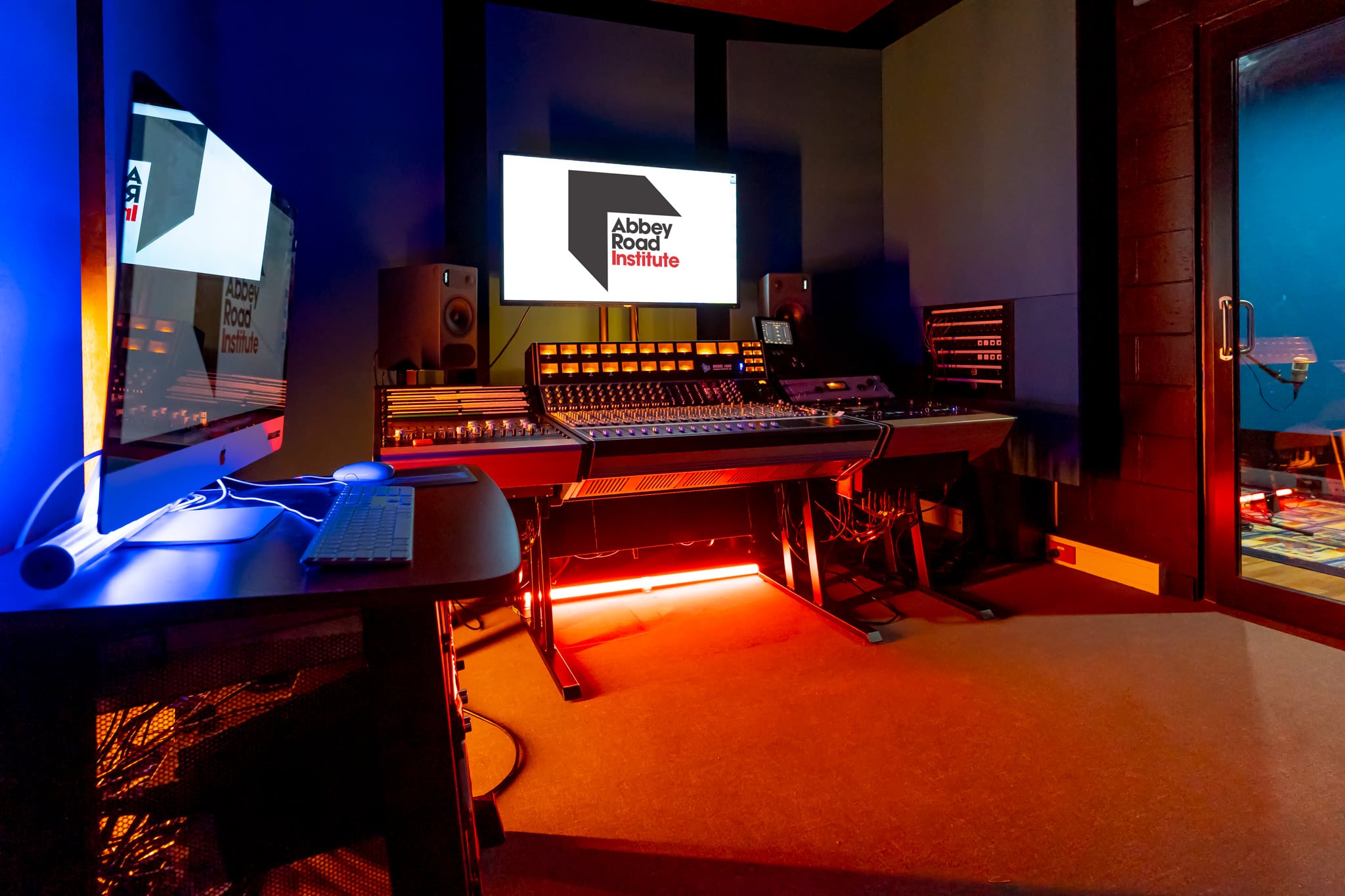 Each student has access to 2 dedicated Abbey Road Institute production suites in the Studios 301 complex. They feature state-of-the-art mixing rooms with outstanding acoustics designed by Dr. Tom Misner and master acoustician, Jochen Veith. In addition, one of the studios offers students a separate live room for vocal tracking or small-scale instrument recordings. 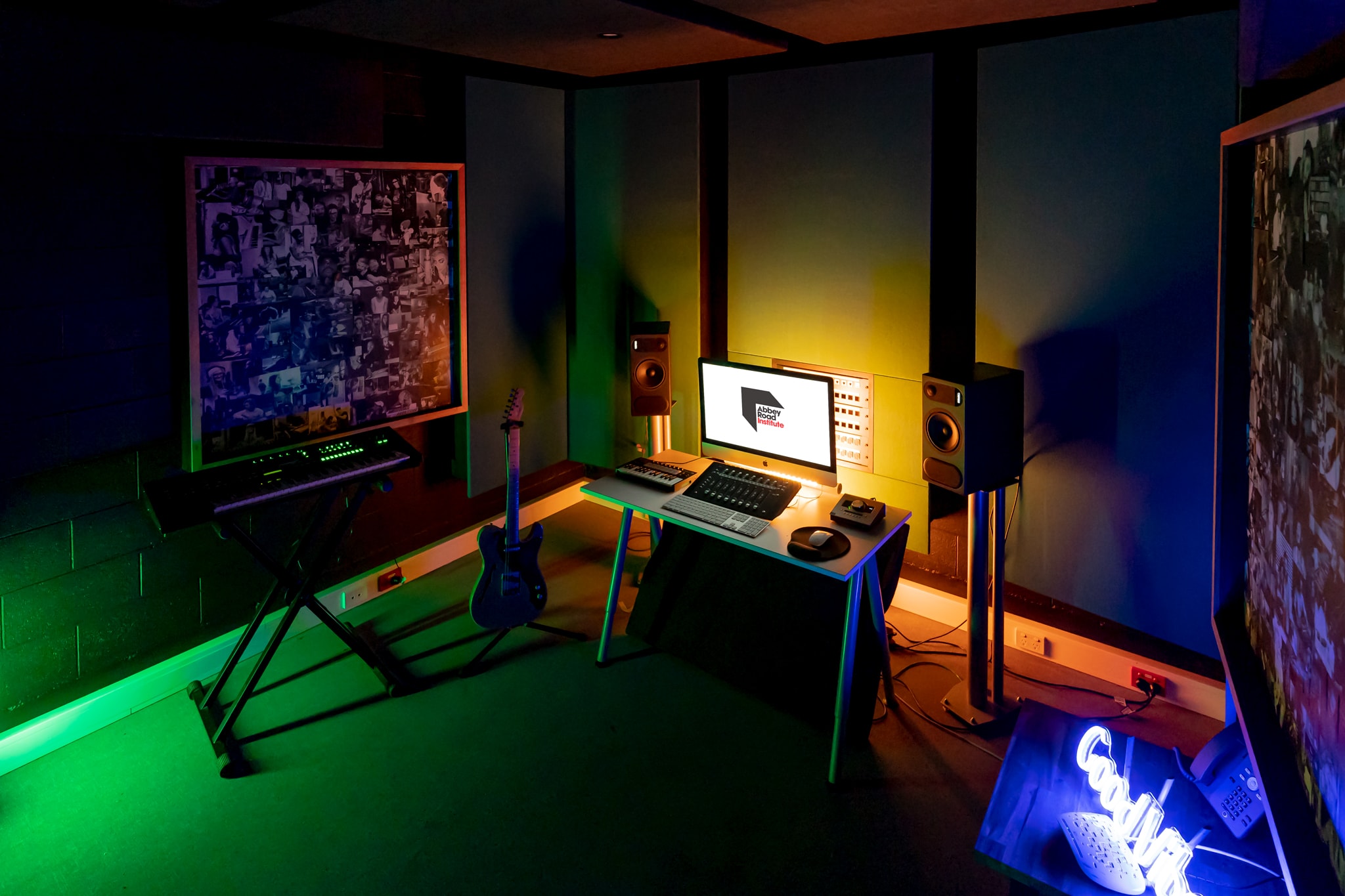 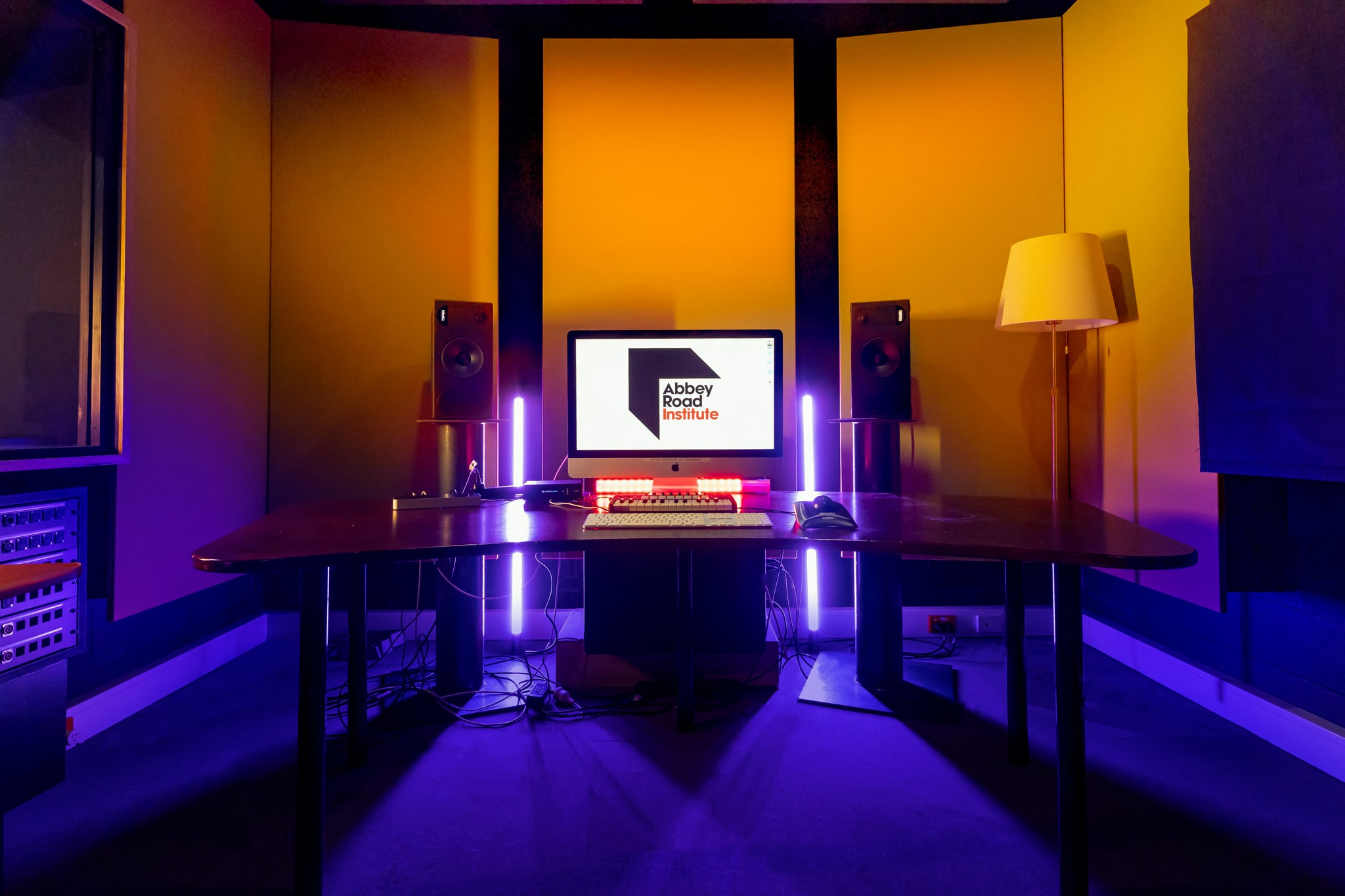 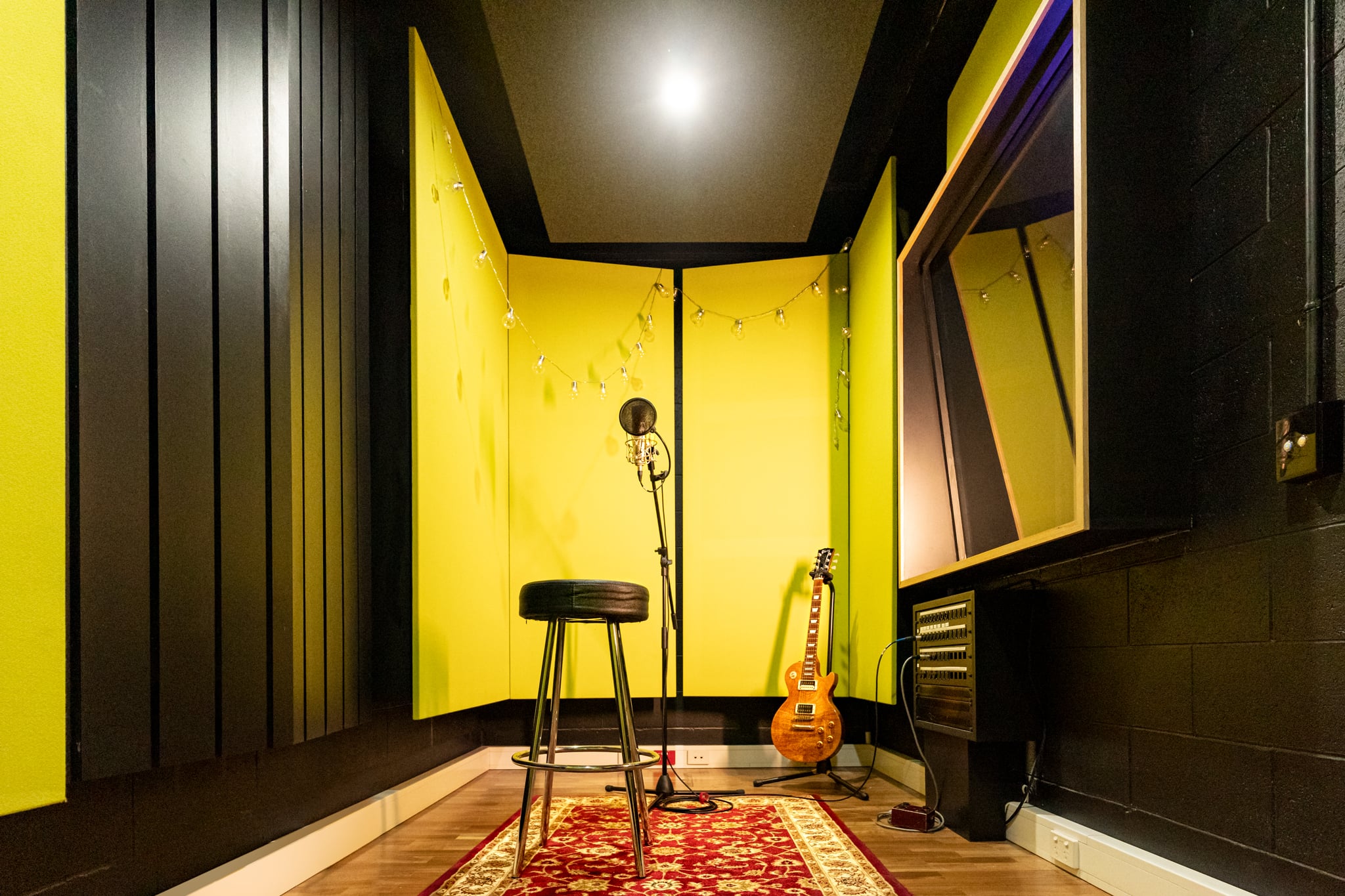 The recording, mixing and mastering spaces at Studios 301 are utilised for select subjects throughout the course. Moreover, students can take advantage of special rate bookings for all commercial rooms at Studios 301. 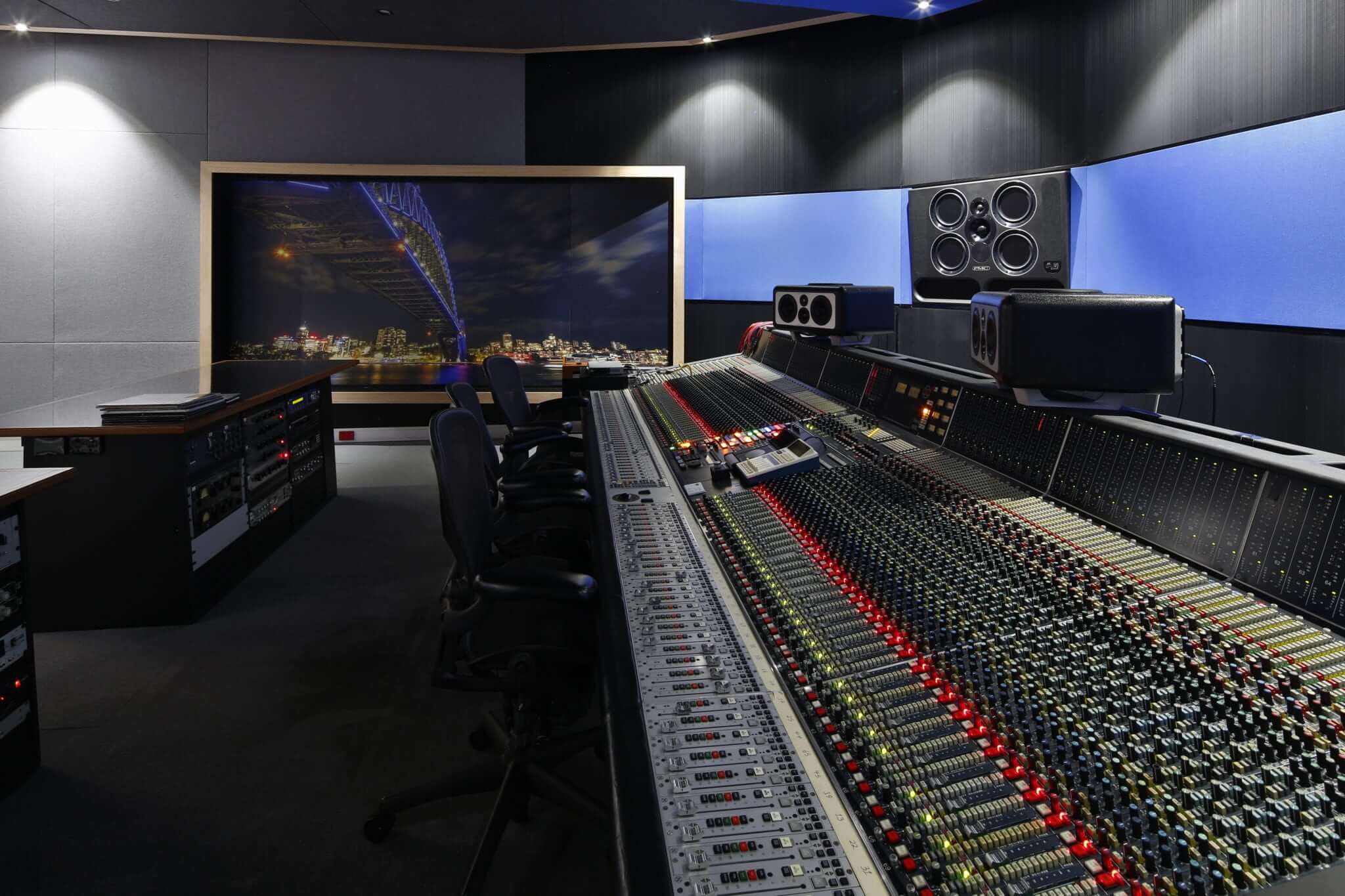 Studio 1 is the largest recording space and control room at Studios 301. The control room features a Neve 88R 72 channel console and PMC QB1 as well as Barefoot MM26 monitoring. It is the centrepiece of one of the world’s finest acoustically designed facilities with a large range of outboard gear.

Find out more about Studio 1 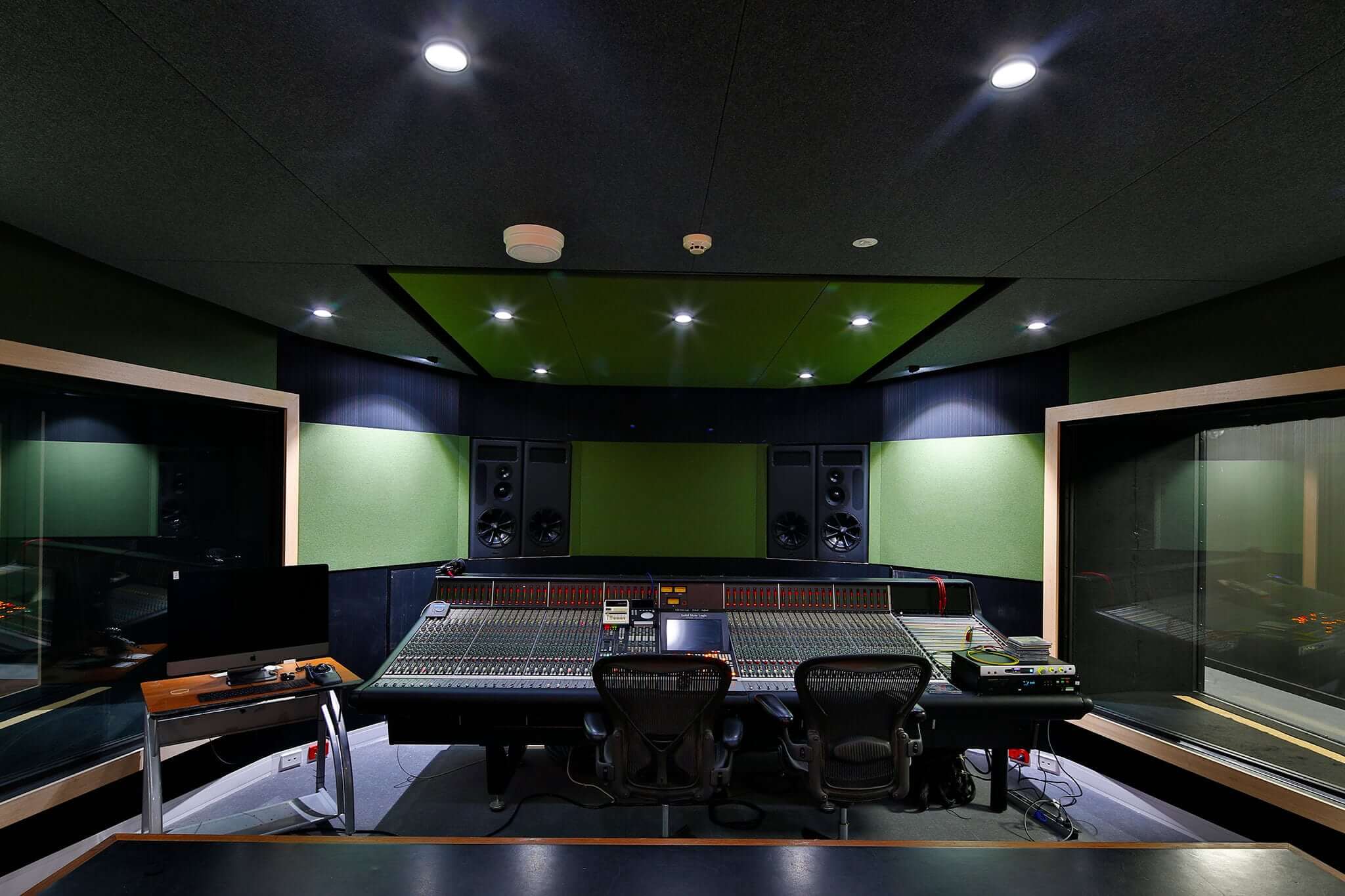 This studio with its 3 isolated live recording spaces is perfect for band recordings that require good separation between instruments.

Find out more about Studio 2

A look into Sydney Speak with our team

There’s always something going on in Sydney. With its mild winters and dazzling summers, you’ll be spoilt for choice. Whether you want to check out some live music, grab a beer at a local pub or catch some waves, Sydney has you covered.

Sydney is the home of the Australian music industry and Studios 301 is an important hub within the city. The Institute’s location inside the studio facility ensures you’ll build an enviable network of both staff, visiting industry experts and students alike. There are never-ending possibilities that can come out of the relationships you create and build during your time studying with us.

Sydney is a very diverse city, a melting pot of world cultures and welcomes visitors from all over the world each year. Home to hundreds of individuals from different cultural background, the city has a friendly and welcoming atmosphere.

Sydney is home to many of Australia’s most well-recognised landmarks such as Opera House, Royal Botanical, Blue Mountain, Bondi beach and many more attractions. This beautiful city has lots to explore and enjoy outside of your time at the Institute.

A Snapshot of Sydney

Sydney is the largest city on the continent and the capital of New South Wales. There is a lot to explore and enjoy as a student studying here.

Summer brings festival action of the food, music and arts such as the Sydney Festival, Twilight at Taronga, Secret Garden Festival, Newtown Festival and Moonlight Cinema to name a few.

Sydney comes alive as autumn rolls in and Vivid Sydney lights up the harbour with interactive light shows, breathtaking projections and more. In June and July (Sydney winter) the International Food Safari is held, followed by Crave Sydney International Food Festival in October including the iconic Night Noodle Markets.

Farmers, arts and crafts markets run throughout the year all over the city with regional festivals popping up on the calendar too.

Sydney’s harbour is a popular destination, being home to the iconic Sydney Opera House and Sydney Harbour bridge. More than 10 million international and domestic tourists visit Sydney each year.

Why you should study here

Tour the studios and talk to us about your career goals.

This course taught me how to set up a freelance structure. Knowing things about invoicing and tax and learning how much I should charge. Abbey Road taught me that I have to look after this myself.

Before I was at Abbey Road, it was easy to write a song, and get a singer. But the songwriting process doesn’t work like that. It was important to understand vocal production, writing, and music. It should all happen simultaneously.

Abbey Road really helped me with the foundation of audio. It’s an overwhelming subject at first, but [the course] really breaks it down and really makes it digestible.

The time I spent at Abbey Road Institute helped me transform my skills. I came from a bedroom producer who made music as a hobby to an audio professional.

Abbey Road was the perfect stepping stone into my professional career as an artist and audio engineer.

Studying the past year at Abbey Road has been phenomenal. The teaching staff are top notch and I now have a community of people to draw on who are as obsessed with music as me.

Abbey Road Institute gives students the head-start they need to succeed in today's industry.  The facilities at Melbourne are second to none and it’s great to see students grow and be rewarded for their efforts.