Through the months of September and November, Abbey Road Institute students were embedded in two of the premier events on Australia’s music industry calendar.

Our first group of interns were placed with Specific Music’s ‘50 Songs in 5 Days’  in partnership with APRA AMCOS and Studios 301. 50 Songs in 5 Days is an intensive songwriting camp bringing together 70 of Australia’s top producers, songwriters, and artists for a week of collaboration, creation, and networking.

Some of our interns were at Australian Music Week, run by the head of Code One Entertainment and Indica Records, Geoff Trio. AMW is a week-long music, film, and entertainment industry event in Cronulla Beach. It is an opportunity to hear and connect with the latest emerging talent in the Aus music scene. When our interns were not down in Cronulla, they were back in Alexandria at Studios 301 as part of 301’s in-house internship program.

Here are our students, James Giannoukos – who was attached to the Australian Music Week event – and Damian Morton, who spent his week amongst artists like AB Original, Vera Blue and Ricki-Lee Coulter at 50 Songs in 5 Days. We wanted to know about their experiences at these two premier events, and how their time at Abbey Road Institute prepared them for these internships. 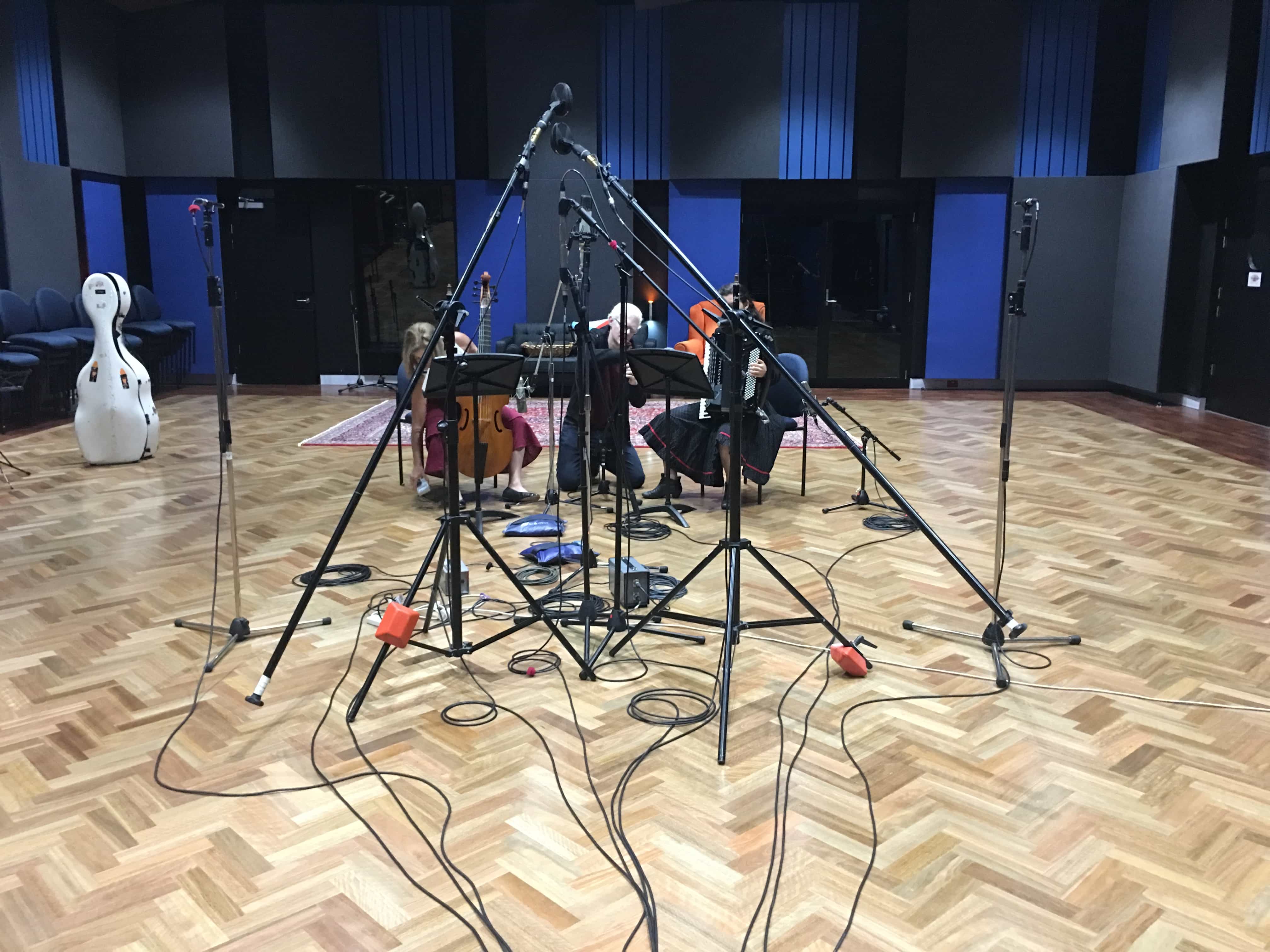 Firstly, how are you finding studying at Abbey Road Institute?

James: It’s a great community to be a part of. I’m learning not just from the teachers, but the students also. It’s not always fun and games though! There’s a lot of very technical information, so it’s really rewarding when you finally connect the dots. It’s sometimes frustrating not to be able to work something out on your own, but at the Institute there’s a huge support network to lean on, so it makes learning much easier.

Damian: Studying at Abbey Road Institute has been a fantastic opportunity to immerse myself in learning music production completely. The class content has always been very relevant and practical, and the teachers are passionate and engaging. The facilities and staff have enabled me to challenge myself in the studio in a variety of recording situations, providing me with an experience I couldn’t really get anywhere else.

So how was your experience in Sydney and working out of Studios 301?

James: The Studios 301 venue was amazing. We experienced life as a producer, mix engineer, musician/artist. To be in a room full of heavyweight people doing highly skilled tasks. Interns perform tedious tasks such as sweeping the floors, but have the opportunity for extra work. We also had the opportunity to set up microphones for amazing classically trained musicians. Watching from the control room as the composer directed the process while reading from the score was incredible.

At the end of the week, we were given the keys to the studios and were asked to cut-in audio from a three-hour funk jam session for a promo video in post-production for 301.

Damian: Going up to Sydney for my internship was an incredible experience. I was able to gain great insight into the industry and really observe the professionals at work. That environment teaches you so much. It opened my eyes to the importance of workflow and how to function as part of a creative team. Furthermore, It has had a lasting impact on the way I approach my own production workflow and thinking towards music production.

James: At AMW I set up a presentation for Jessica Irwin, a young lady who had cerebral palsy. She wanted to be a musician despite having impaired motor skills. The team at Psykinetic could realise her dream. They developed an application that tracked her eye movements, so she could play using visual motion and memory.

Damian: The most inspiring aspect of my experience was meeting such a broad array of artists and producers. A whole musical spectrum travelled to Studios 301 from around Australia and abroad. Each person had his or her own unique perspective on how to approach music production and songwriting. The creative atmosphere at the event was incredible and a great source of inspiration.

Lastly, what has been one of the most interesting things you’ve learnt recently at Abbey Road Institute?

James: For me, it was probably experiencing practical demonstrations of room acoustics. We measured the room and lecturer generated standing waves that equated perfectly to it. It feels like you are in a swimming pool moving through sound, with sound waves as waves in a pool. Your location in the space determined the height of the wave, and hence the volume of certain frequencies.

Damian: I’m always looking for ways to be more efficient in the studio and to streamline my workflow. Recently, I’ve learnt how to record bass in the control room while simultaneously tracking drums in the recording space. It’s a straightforward technique, but it greatly reduces the amount of time it takes to finish a band’s album.