Ever since manipulating recorded sound became technologically available, artists have been pulling apart and rebuilding others’ music to create their own unique compositions. Remixing is commonplace in today’s music world, despite a long, controversial history involving copyright laws and questions around ethics.

With developments in magnetic tape, and later multi-track recording, the first examples of manipulating recorded sound came in the form of experimental genre musique concrète. Introduced by French composer Pierre Schaeffer around 1948, this involved manipulating and arranging field recordings such as train engines to create a collage of sounds and a very unique auditory experience. This pushed the boundaries of attitudes towards composition, demonstrating how composers could use tools other than instruments to create music.

While in Europe there were advancements in experimental music, remixing in popular music actually had its roots in the 1970s Jamaican dancehall scene. In the dance halls, groups of DJs known as sound systems would play popular Jamaican records which were otherwise not heard on local radio stations. This came during a time of huge political change, and so lyrics contained strong themes of politics, national identity, hardship in the working-class and the ‘gangster’ ideal. The sound systems performed by mixing tracks together, as well as rapping over pre-recorded instrumental tracks, a technique known as ‘toasting’ popularised by artist U-Roy.

Around the same time, DJs in early discotheques also used loops and edited tapes to create dance remixes. One such artist, though not a DJ, was Tom Moulton, who began his work in remixing by extending tracks such as Don Downing’s ‘Dream World’ into much longer extended mixes more suitable for the dance floor. He went on to remix countless songs, including South Shore Commission’s ‘Free Man’ and B.T. Express’ ‘Peace Pipe’.

As many Jamaicans began immigrating to the Bronx, dancehall combined with disco to create hip-hop. Pioneering artist DJ Kool Herc began using the turntable as an instrument by mixing and looping different records in front of a live audience, often searching for niche and unheard records to mix. At the time, most other DJs in New York would simply play popular records without altering them. One particular frequently-used sample was James Brown’s ‘Funky Drummer’ break which was sampled in ‘South Bronx’, ‘Eric B. Is President’ and ‘It’s a Demo’, to name a few.

DJs were limited to using turntables to loop samples from records. Samplers such as the Synclavier did exist during the early 80s, though its $300,000 price tag kept it a tool for only a few. Once these tools became cheaper, sampling became much easier. The release of the affordable and iconic Akai MPC sampler in 1988 brought sampling into the hands of everyday musicians and led to albums such as DJ Shadow’s ‘Endtroducing’.

“Remixing and sampling go hand-in-hand with an ethos. This ethos is “making the most of it”. The practice was founded on the need for creativity with very limited resources. For those who say remixing and sampling is not musical or difficult, one must recognise the incredible significance and creativity borne from these artforms. Hip-Hop, Techno and Jungle are significant cultural seams of creativity and lifestyle. Amazing pieces of art such as DJ Shadow’s ‘Endtroducing’, The Avalanches ‘Since I Left You’ and Daft Punk’s ‘Homework’ would not exist if these artists made the decision to take inspiration from records and sounds around them and forge fragments of ideas into a greater whole. These artists are not thieves and pirates. They share a common encyclopedia-like knowledge on musical history, right down to the session players on the recording, some whose names were not even credited in the first place. This is a talent, this is a skill. For every lazy instrumentalist, there are also plenty of lazy remixers and sampling practitioners. Remixing and sampling is a skill that requires mastering, just like any other, and respect should be given to those who have mastered it.” 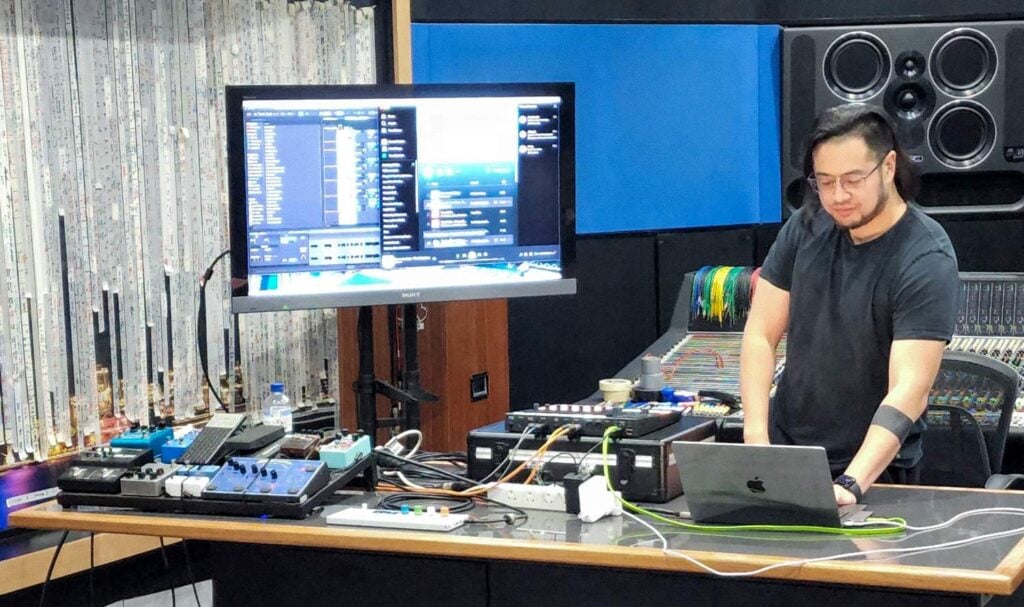 The Golden Age of Sampling

The ‘golden age’ was a time of unlimited creativity, as saxophonist Harry Allen described “what you are hearing on those records is true experimentation, unrestrained by suits”. Hip-hop created a way for artists to explore music from past generations and expose them to the younger population in a fresh and exciting way. Some big names during this age included Public Enemy and The Beastie Boys.

In some cases, artists were taking sampling to the extreme by constructing tracks entirely from samples. John Oswald’s ‘Plunderphonics’ album consisted of 25 tracks, each centred on just one artist, using music from The Beatles, Michael Jackson and even Beethoven. In his 1985 essay ‘Plunderphonics, or Audio Piracy as a Compositional Prerogative’, Oswald defines his newly invented plunderphonic genre and argues how the tape recorder is just as much an instrument as any other. He specifies how there is no musical equivalent of the quotation mark and that plunderphonics is very much a referential and self-conscious practice, paying homage to the original identity of the sample.

The practice of remixing seemed similar to that of 20th century jazz music, where musicians regularly ‘riffed’ on existing songs. Many artists have argued that the licensing and copyrighting systems which sprung up in response to the golden remixing age have stifled the growth of the sampling practice, while jazz musicians remained unaffected.

In the early 1990s a series of lawsuits made it clear that digital sampling could not continue unauthorised. After threat of legal action from the Canadian Recording Industry Association, all undistributed copies of Oswald’s ‘Plunderphonics’ were destroyed.

A huge blow to the hip-hop world occurred after the release of Biz Markie’s 1991 album ‘I Need A Haircut’ which sampled Gilbert O’Sullivan’s 1972 track ‘Alone Again (Naturally). O’Sullivan launched a lawsuit against Markie and he was ordered to pay $250,000 in damages, as well as recalling the album. Markie later responded by releasing an album titled ‘All Samples Cleared!’, though it had limited success.

Despite other lawsuits such as the 2015 Deadmau5 incident, the practice of sampling and remixing is alive and well in today’s music, especially dance, hip-hop and electronica. Modern-day internet-based genres such as vaporwave and future funk also appeared as direct descendants of the plunderphonics approach.

It is now common for artists to release collections of remixes of their song by different artists, such as the recent California Remix EP by electronica artist Negative Gemini, featuring remixes from other artists within the same community like Equip and Death’s Dynamic Shroud.

Producers today now have access to endless combinations of software for remixing with most DAWs including a stock sampler plugin, for example Logic Pro’s ‘Sampler’ (previously known as ‘EXS24’). The Akai MPC also continued its success, with the battery-powered MPC Live II released in 2020 for an extremely portable remixing experience. Software such as Izotope’s ‘Music Rebalance’ allows various elements such as vocals, bass and percussion to be isolated and adjusted in a single track for even easier remixing.

With technological advancements acting as the driving force behind the practice of remixing, artists for the previous half a century have involved samples of others’ work in their own.

Remixing is growing in popularity and we’re moving away from questions of ethics and towards questions of how to continue remixing while abiding by the law.

Find out more about our course: