Broadcast as a career pathway

Abbey Road Institute Melbourne is dedicated to creating industry opportunities, internships and experiences for its students. The changing audio industry constantly creates new career possibilities and we introduce our students to the cutting edge elements at play for the audio professional today. Our students ventured to the Australian Broadcasting Corporation (ABC) studios to take a look around and meet some of the team behind some of Australia’s most engaging and entertaining content. 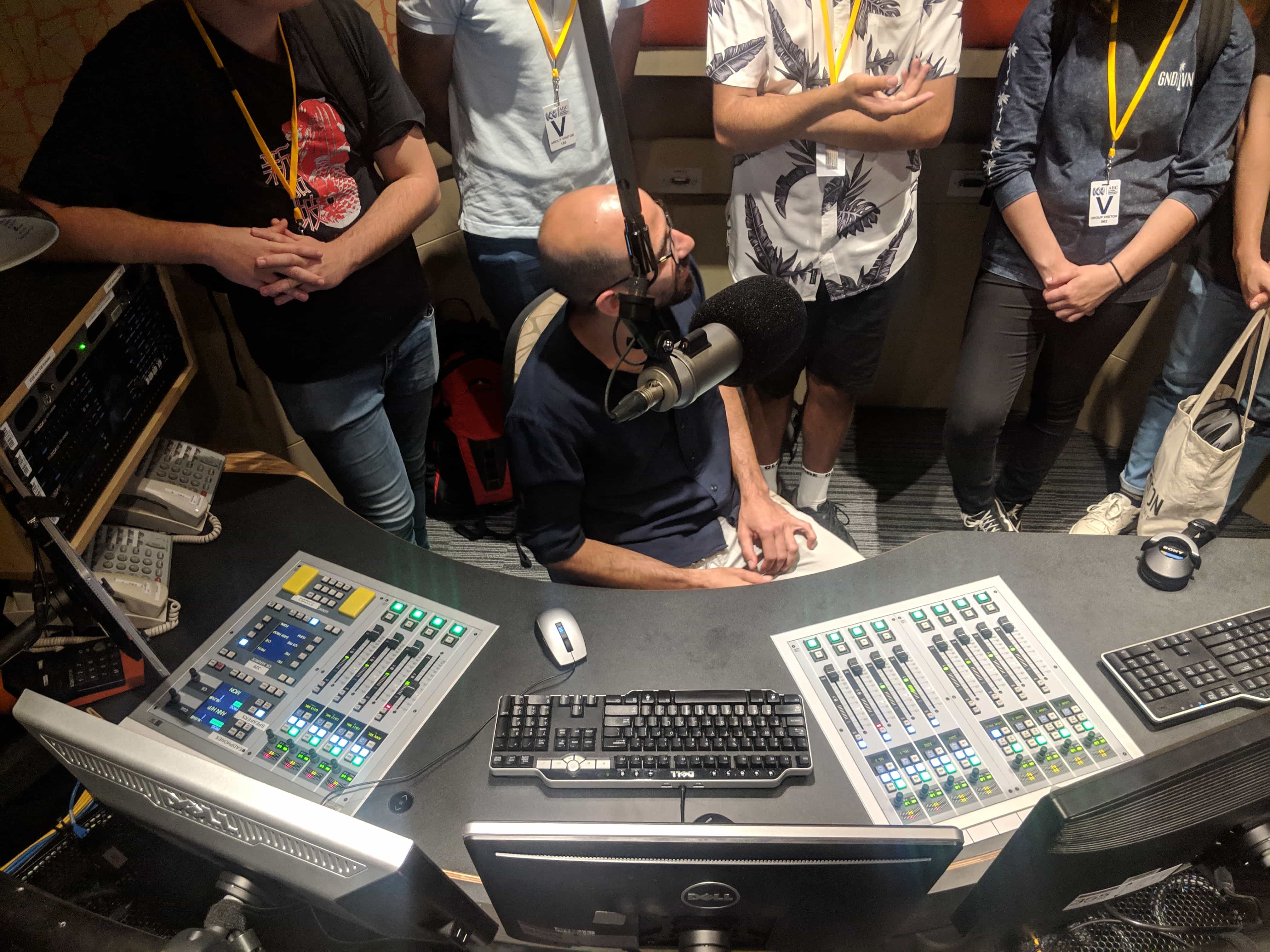 Oren is one of our main guides and a production manager for the International Comedy festival. As a result, Oren has a wealth of experience and works at the ABC from time to time, and was more than happy to show students the ins and outs of the studios. 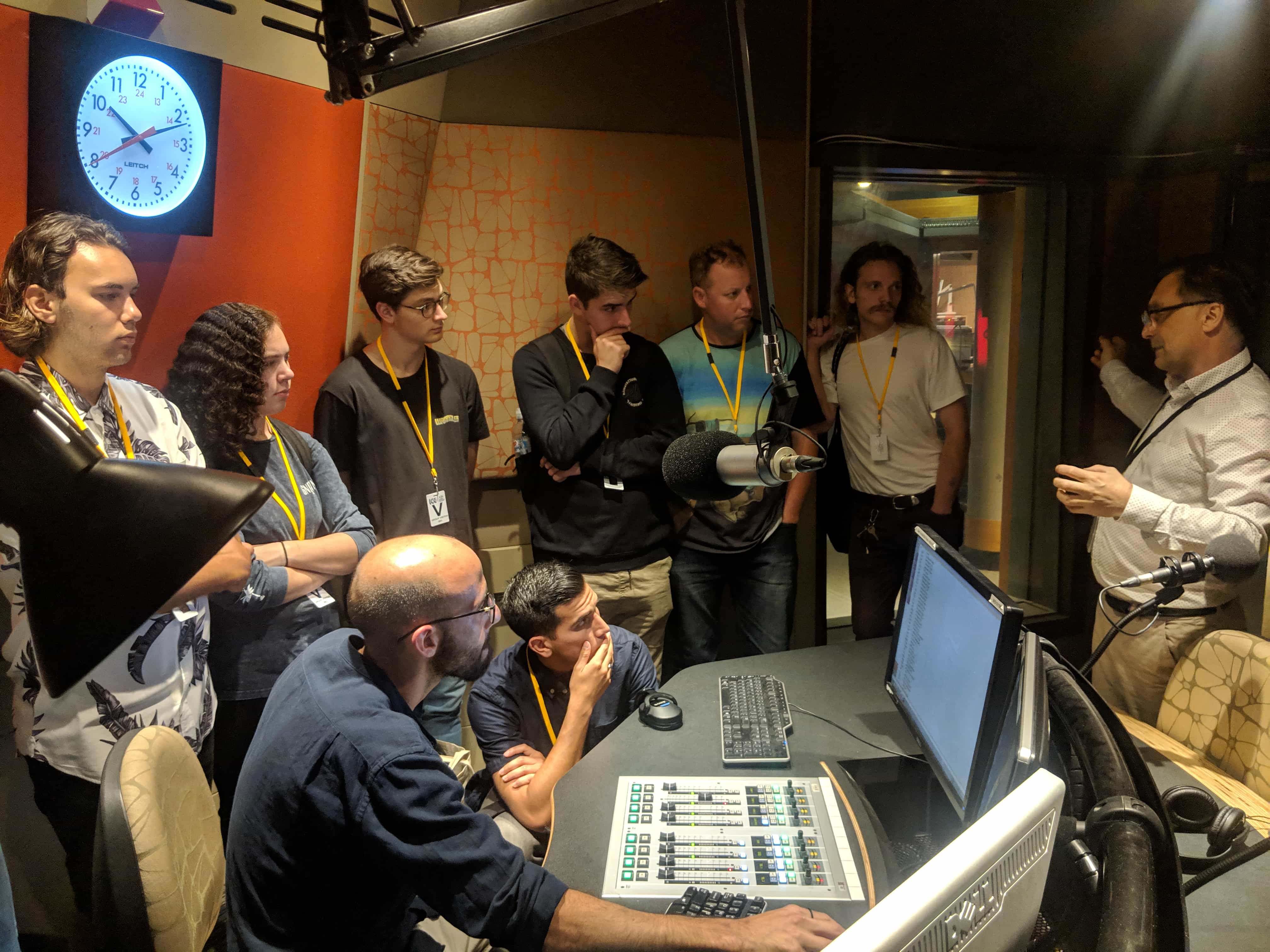 For those that live in the API room or the S6 Digital console at the Abbey Road Institute, to be shown into the ABC studios presented something quite different. The students learned about the particular broadcast requirements of the radio industry, about uptime and downtime between satellites and how closely producers have to adhere to, to ensure the content is broadcast correctly. 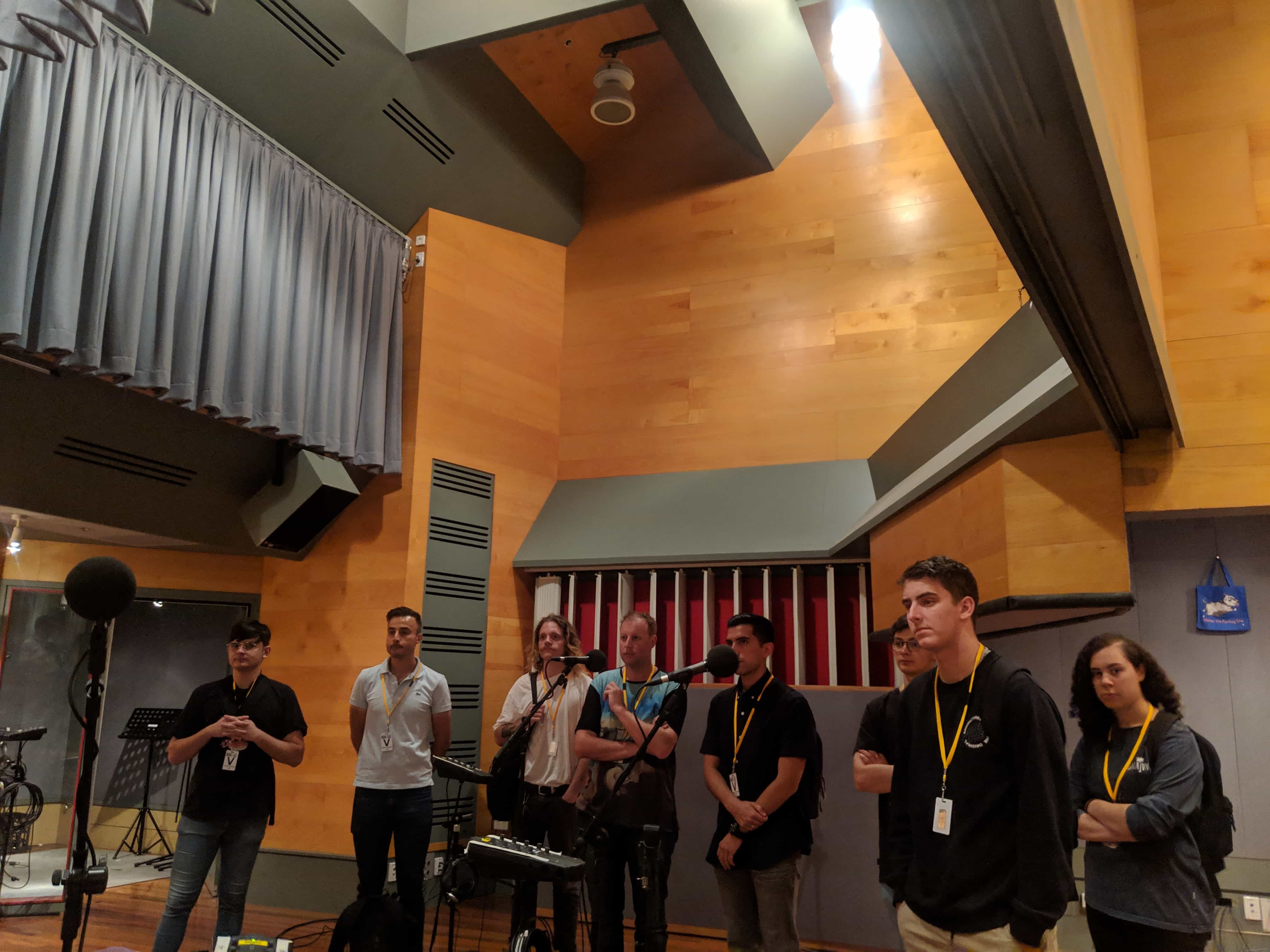 The next step on the tour was a walk to the live room, past the Double J broadcasting suites. We tear our students away from the SSL console and enter the live room. Isolation curtains can be drawn, modifying the acoustics to create radio dramas and incredibly clean sound effects. The room is set for three guitarists and two singers. Each performer had their own mixer to control their own monitoring. Engineers have to be ready for groups with changing instrumentation. Paul Penton told us of his experience doing everything from orchestras to choirs and explained some of the methods of organizing and developing microphone setups and console plans for varying performers. 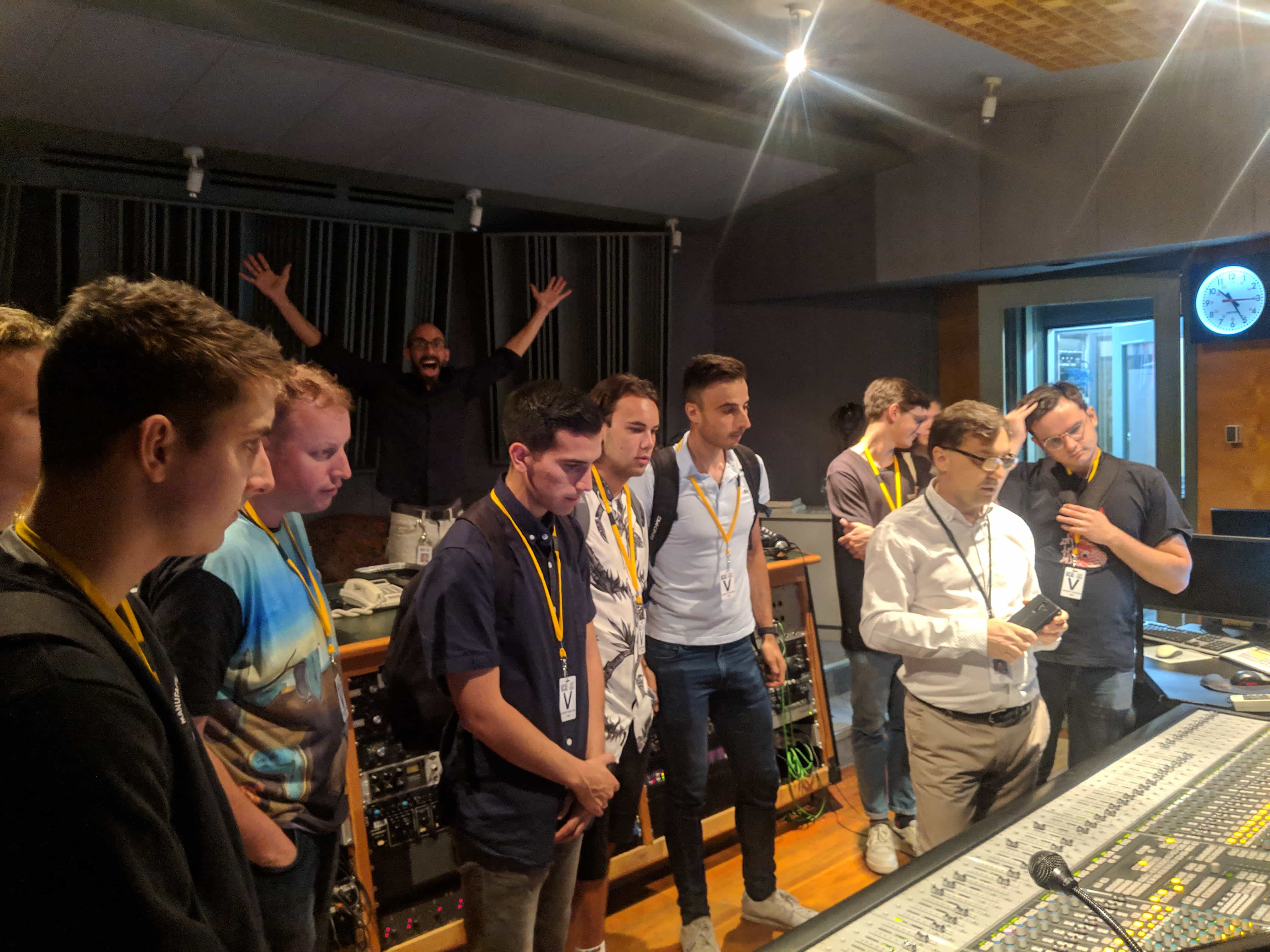 The control room houses an incredible SSL C100, and racks of beautiful outboard gear. Pro Tools is an old tape deck, the studio heart. Furthermore, the demand for audio engineering signal flow, and getting the sound right at the source is paramount.

It is clear that there is an incredibly high level of detail and technical prowess at work at the ABC.

We break into two groups when we’ve finished in the live room. One is off to the mastering rooms, and the other to the master control room.

In the mastering rooms, we collect our thoughts, in a precisely calibrated mixing environment, with a set of Dynaudio Nearfields, and B&W monitors, the likes of which found in Abbey Road Institute and Abbey Road Studios alike. Engineers and producers, who use the room for sound design and dialogue, quickly switch between Pro Tools and Wavelab. Most engineers prefer Wavelab. It’s worth mentioning that the ABC is undergoing major change to bring their software up to date to current versions.

As a result, the two workstations sit a few feet from one another, yet they control Tasmania and Victoria respectively. The master control room creates the possibility for the ABC to divert traffic and connect people across the country. In emergency situations, they pull live feeds from disaster reports, and feed them through ABC Southbank to ABC Sydney headquarters so they can find the correct source and communicate with people that need it. The master control room oversees all levels and feeds from every studio in the ABC to ensure all is well. 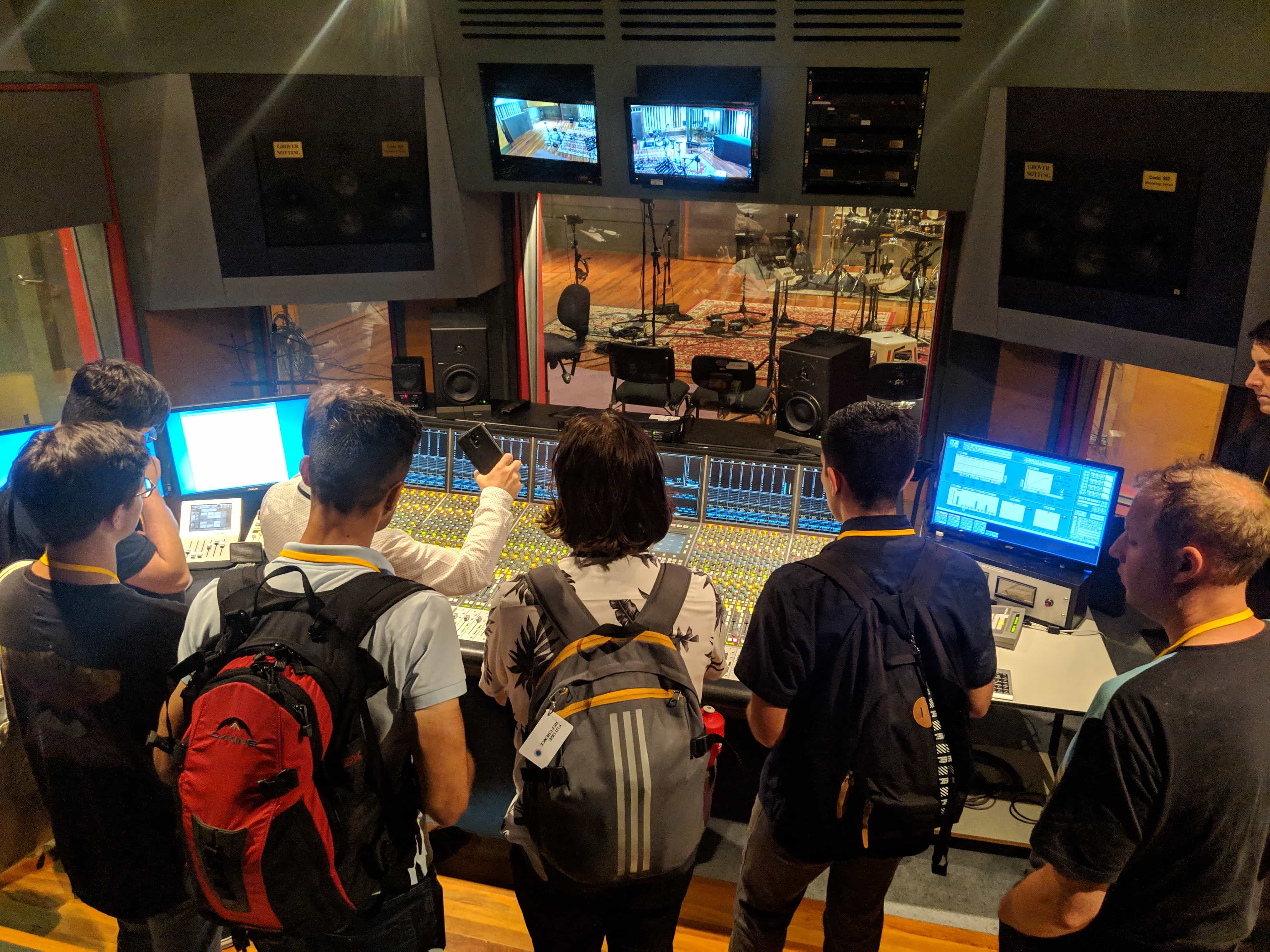 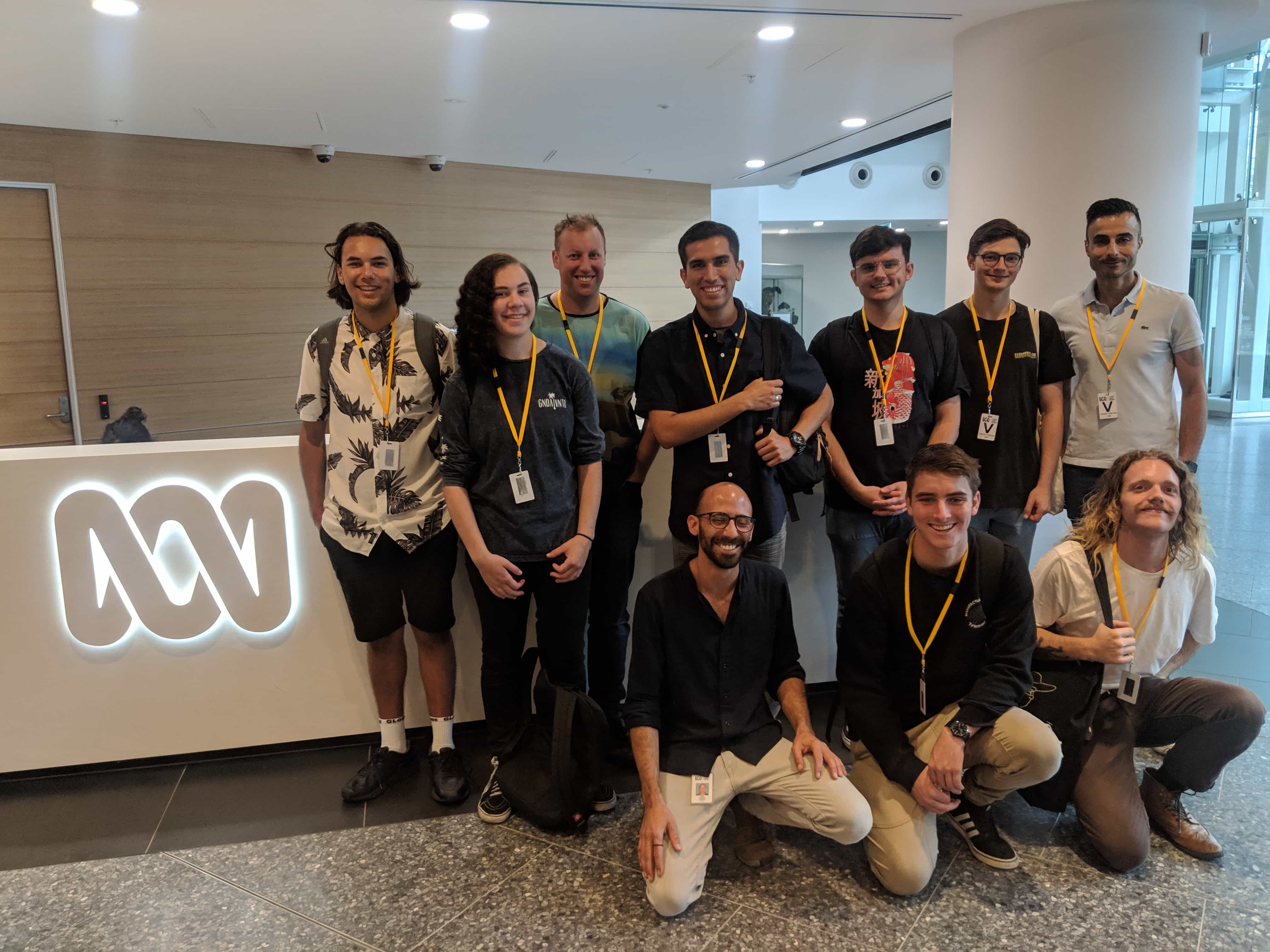 Do you want to gig using Ableton Live?
Women in Audio – A Celebration of International Women’s Day
Download Infopack
Download the infopack for our course: Advanced Diploma of Music Industry
Categories
Latest posts
22/11/2019
Student Feature | Dom Parker
Read article
24/09/2019
Alumni Interview – Lauren Dimech
Read article
10/09/2019
STUDENT FEATURE | Meet A New Way Home's guitarist Jesse Tekin
Read article
This site sometimes uses analytical cookies to improve your experience on our website. You can read more about our how we use cookies in our privacy policy. Please accept to confirm we have your permission to place additional tracking cookies:YesNo