From student to record label owner

A business owner and the driving force behind Wye in the Sky Records, Emily understands the importance of having a flexible skill set and being adaptable in the ever-changing music industry. One year after graduating from our Advanced Diploma of Music Production, she made space in her busy calendar for an interview to talk about challenges, lessons learned and the importance of self-motivation and drive. 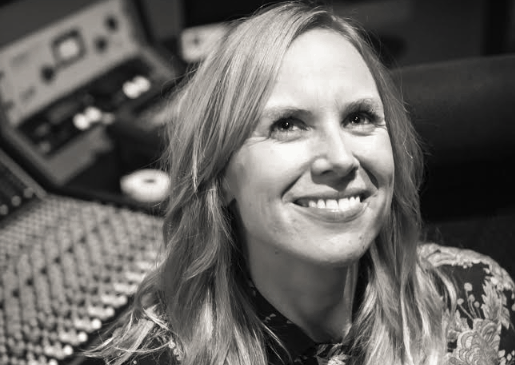 GET TO KNOW EMILY

I’m Emily Toner. I’m an alumna from Abbey Road Institute Melbourne. I graduated about a year ago now and am now working as a singer-songwriter and producer.

what are you currently working on now?

I’ve got a few fun things happening. Some friends and I have started a band – an all-girls surf rock band, which is really fun. We’ve called ourselves The Sandy Junes… We’re having a lot of fun annoying the neighbours in and around Byron Bay. I also started a record label which is very exciting. It’s called Wye in the Sky Records. The first artist on the label is an amazing singer-songwriter and alternative folk artist from Melbourne, called Andy Sullivan. Apart from that, I’ve just been working on my own music.

Can you describe what you do in your different roles?

As a musician, I spend a fair bit of time playing, collaborating with other musos and producers, jamming and building my skill set… and in terms of the record label, it’s pretty exciting. I’ve been doing a lot of connecting with people… I’ve put time into branding and socials, as well as setting up the business and legal side of things properly. Aside from that, I’ve spent a lot of time in the studio recording, mixing and working with Andy on his EP.

Wye in the sky records

Wye in the Sky is a manifestation of Emily’s passion for creativity, and her desire to give back to sectors in the community that need it most. She’s created a for-purpose independent music label supporting local artists, which focuses on giving back to important social and environmental causes. You can support the label here. 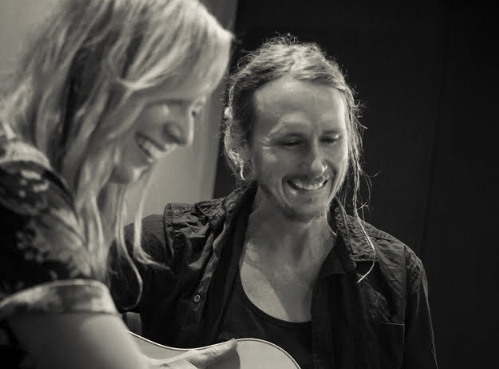 what made you start your own record label?

Well I was sitting on an airplane flying back to Melbourne at the end of last year and I was meditating when it came to me. Creating my own label kind of felt ridiculous but also really exciting. Only about two percent of the people behind the scenes in the music industry are female, including engineers, producers and label owners. It’s the most crazy gender gap out of pretty much any industry you can think of, so I just thought, how cool would it be to be a strong female presence in that kind of industry? So I created Wye in the Sky. For me, it is a place for musicians and music-lovers who care about people and the planet to come together, connect and have a platform to inspire change.

What’s your biggest challenge been during this start-up period?

[Laughs] Where to start? The biggest challenge I think is connecting to the community and connecting into the industry… connecting in with the people that I know share these values and will really love the music. It’s like finding that audience and finding a really authentic, honest and fun way of communicating with them. You can do that through social media these days but it’s actually kind of hard. Creating a community has been the most important thing, but also the hardest thing for me at this point.

Which skills are the most important during this startup phase?

Having the inner drive and a real desire to do what you do is absolutely imperative because you’re not gonna get anywhere unless you’re absolutely passionate about what you’re doing. Having persistence is pretty key as well. Being humble. I think having humility is a great way of connecting with people and getting what you want in a slightly different way. It’s a more powerful way of being in the long run. Music is really just about connecting with people, the desire to connect and expand your network and the skills to engage in genuine conversations is also pretty key.

What do you think is the most important thing you’ve learned during this time of building your label and putting your band together?

The biggest thing I’ve learned is that you really have to back yourself. Because no one else is going to be as passionate about what you do as you do but as you are. But that’s okay because they shouldn’t have to be. You know you have to be the most passionate about your stuff and kind of not give up. And not listen to that little voice in the head that says that what you’re doing is ridiculous and your music’s crap. You just have to kind of listen to that voice and kind of go “Yeah hey I see you but I’m not gonna let you stop me from doing what I really want to do”.

What did you learn at Abbey Road Institute to get you started on this journey?

So when I started I actually didn’t know anything. Everyone was speaking a different language when I first walked in here. I learnt how to be a producer – which is pretty amazing, to learn that in a year! How to edit and produce music, how to use analogue gear, and how to work with artists in the room. I learned a lot of technical skills… but I also learnt that you don’t have to know everything and as long as you have a good baseline… then you can find stuff out [for yourself]. I learnt an awful lot in that one year… I learnt a completely new language. 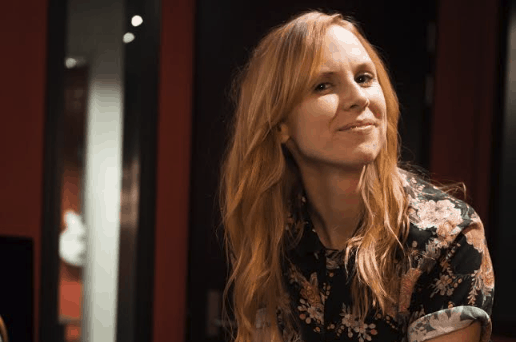 what advice would you give to existing students?

I would suggest if you want to do this… that you really commit to using every single opportunity that Abbey Road Institute presents to you – because there’s a lot. You can get a lot out of it if you really want to, or you can just kind of cruise and not really… get there. So use the studio – I mean… to have access to such an incredible studio five or six days a week is an amazing opportunity, and as soon as you leave, you’ll realise you’re going to be paying up to a thousand dollars a day for exactly that same kind of gear. Make the most of it and then use the industry connections that you have here.

Use your networks, connect in with the people around you that you already know. If you’re not that ace at being social, just pretend that when you put your ‘producer’ hat on and walk in the door, you are this confident person who talks to everyone. The people in your class, although it might not feel like it at the time, they’re going places with you, and you can all help each other to rise up together.

WHAT DOES THE FUTURE HOLD?

So, next? I’m really excited to launch the label’s first release with Andy Sullivan. So, I’m getting that up and running and we’ll have his single and EP launch in the next couple of months. After that, I’m really excited to focus on releasing some of my own music, as well as run some Wye in the Sky events.

I’m really passionate about mental health, especially that of musicians. It’s about ten times worse than the average in terms of depression, and about five times worse for anxiety – which are ridiculous statistics that need to be addressed. [I want to] start running some events to help build the music community in a really positive way that’s not in a… stigmatising way. Just creating events where musicians can come together, connect, hang out and play music, but to a really present audience, where they are actually heard. As musicians, we really love and appreciate when we have [an attentive/present audience] but it can be pretty rare.

You can find out more about Emily Toner’s experience at Abbey Road Institute Melbourne from an earlier interview on our blog.